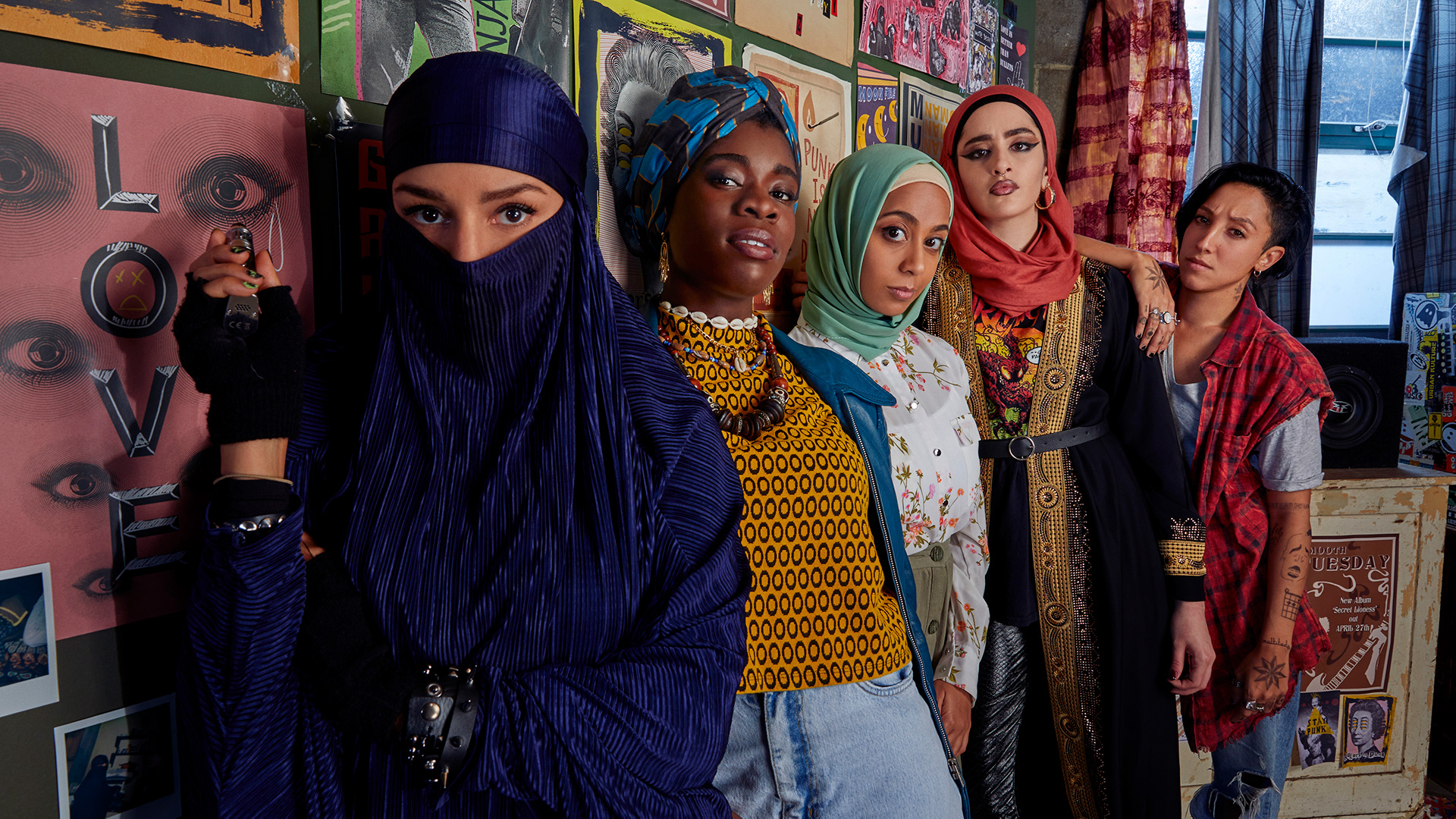 We Are Lady Parts

We Are Lady Parts is an exuberant music comedy following a Muslim female punk band – called Lady Parts – who are on a mission to find a lead guitarist and maybe, just maybe, get a proper gig.

The series is written, created and directed by Nida Manzoor, who has drawn on her own experiences and taken inspiration from the rich and diverse cultural collectives and artists in London; and boasts an exciting ensemble cast of new British acting talent. We Are Lady Parts shows the highs and lows of the band – called Lady Parts – as seen through the eyes of Amina Hussain (Anjana Vasan) – a geeky microbiology PhD student, who’s on the lookout for love and romance. Lady Parts’ fierce and enigmatic frontwoman Saira (Sarah Kameela Impey) sees something in Amina that the others can’t see. When Saira discovers Amina fancies Ahsan (Zaqi Ismail), fellow band member and taxi-driving drummer Ayesha’s (Juliette Motamed) dreamboat brother, she uses this as leverage by offering to hook them both up on a date, but only if Amina agrees to join the band. Cartoon-drawing bassist and backing vocalist Bisma (Faith Omole) and Momtaz (Lucie Shorthouse) the band’s wheeler-dealer band manager are not convinced that Amina is right for their band. Amina has never, ever met girls like this before and she’s soon swept up in their joyful, anarchic energy and punk spirit. But she becomes torn and caught up between two different worlds – that of her more strait-laced uni friends led by her formidable bestie Noor (Aiysha Hart) and the world of Lady Parts. Will she be the key to the band’s success? And – will she finally find a husband?

The series is packed with original punk songs and surprising cover tracks, written and adapted by Nida and her siblings Shez Manzoor, who also scored the show, Sanya Manzoor and Benni Fregin.

We Are Lady Parts is at once an unapologetically bold comedy and a joyful celebration of the richness and diversity found in contemporary London, whilst also an exploration on the fundamental questions of life: Who am I? Where and with whom do I belong?. But ultimately it’s about funny women with real agency, forging their own lives and identities in a world determined to do it for them.

We Are Lady Parts was created, written and directed by Nida Manzoor. The series is produced by Working Title Television (WTTV), which is part of NBCUniversal International Studios, a division of Universal Studio Group. It was commissioned for Channel 4 by Fiona McDermott, Head of Comedy, and Laura Riseam, Commissioning Executive. Executive Producers for WTTV are Surian Fletcher-Jones, Mark Freeland, Tim Bevan and Eric Fellner. The series is produced by John Pocock and distributed by NBCUniversal Global Distribution.